On April 18, 2018 on the on the "Day of Military Honour of Russia" the monument was solemnly opened. The victory of Russian soldiers of Prince Alexander Nevsky over the German knights on Chudskoye Lake is celebrated on this day (the Battle on the Ice of 1242). The opening of the monument was attended by the governor of the Kaliningrad region Anton Alikhanov; the author of the idea Vadim Tsyganov with his wife Victoria and the sculptor himself, Andrey Sledkov. The monument was consecrated by the head of the Kaliningrad diocese of the Russian Orthodox Church Archbishop Seraphim.

"The installation of the bronze figure of the prince was discussed at a council of culture a year ago. There have been developed many sketches, one of which was eventually approved personally by Vladimir Putin," said Vadim Ciganov at the opening.
The monument represents a single-figure composition on a vertical pedestal that in total is 10 meters height. The prince is standing on a cliff, holding a battle flag in his left hand, while his right hand clutches a sword. A broken shield and helmet of the enemy are lying under his feet and the stone Novgorod cross is standing behind his back. The monument is located in the center of the ring-road on Vasilevsky Square, at the beginning of Alexander Nevsky Street. 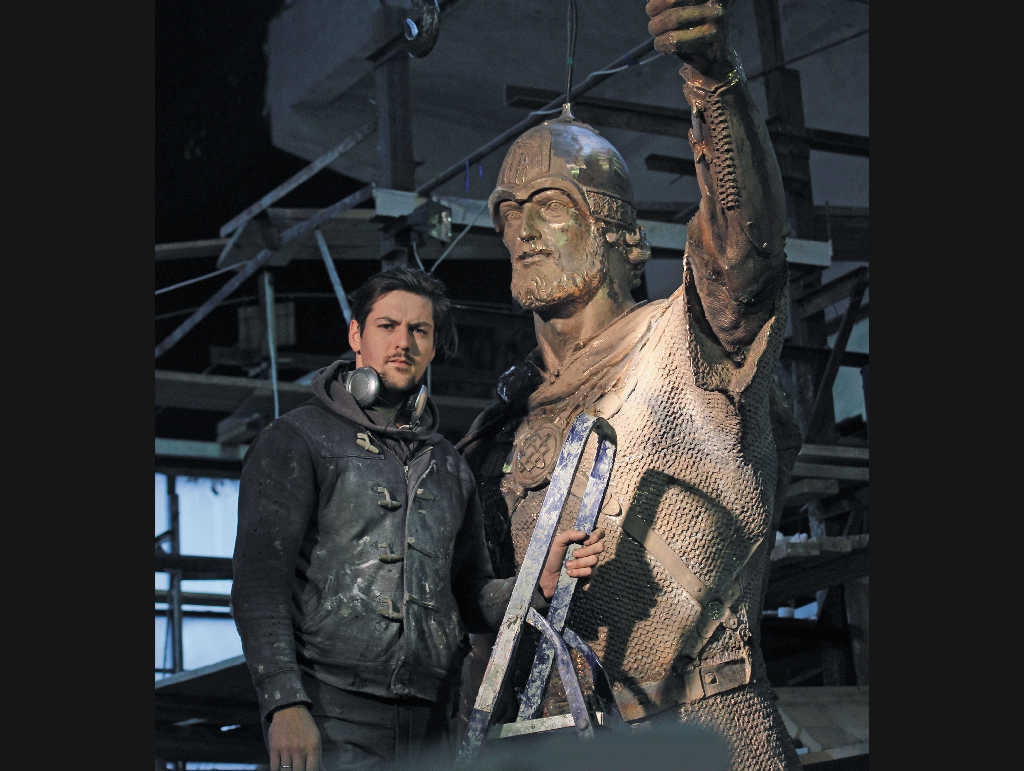 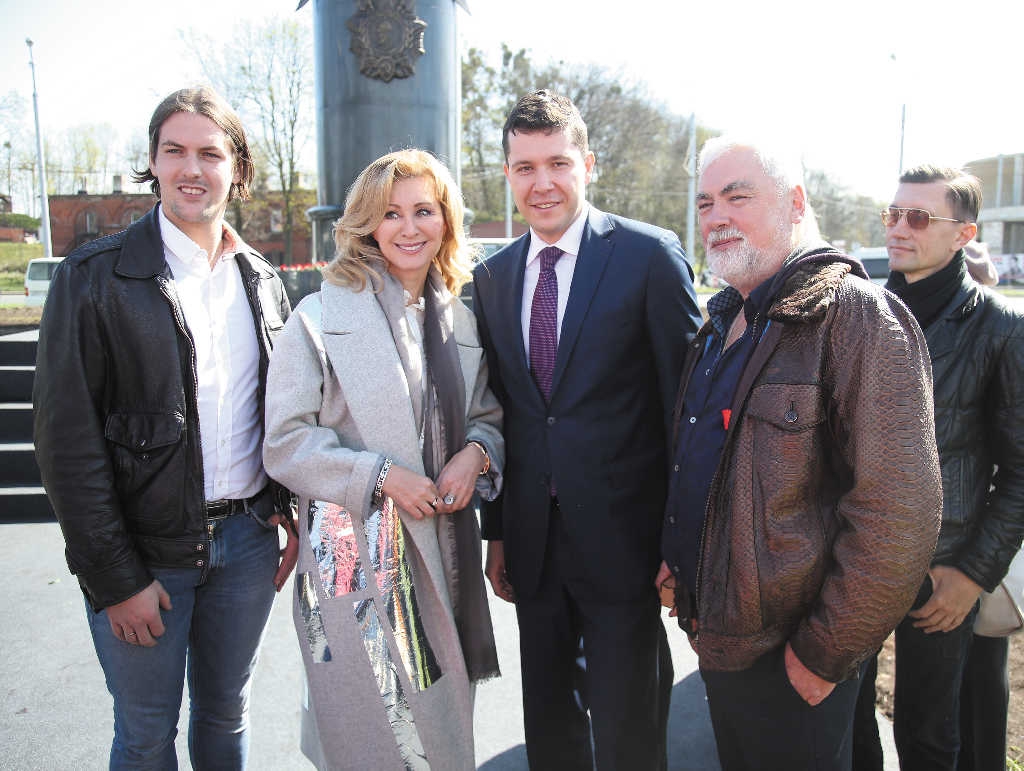 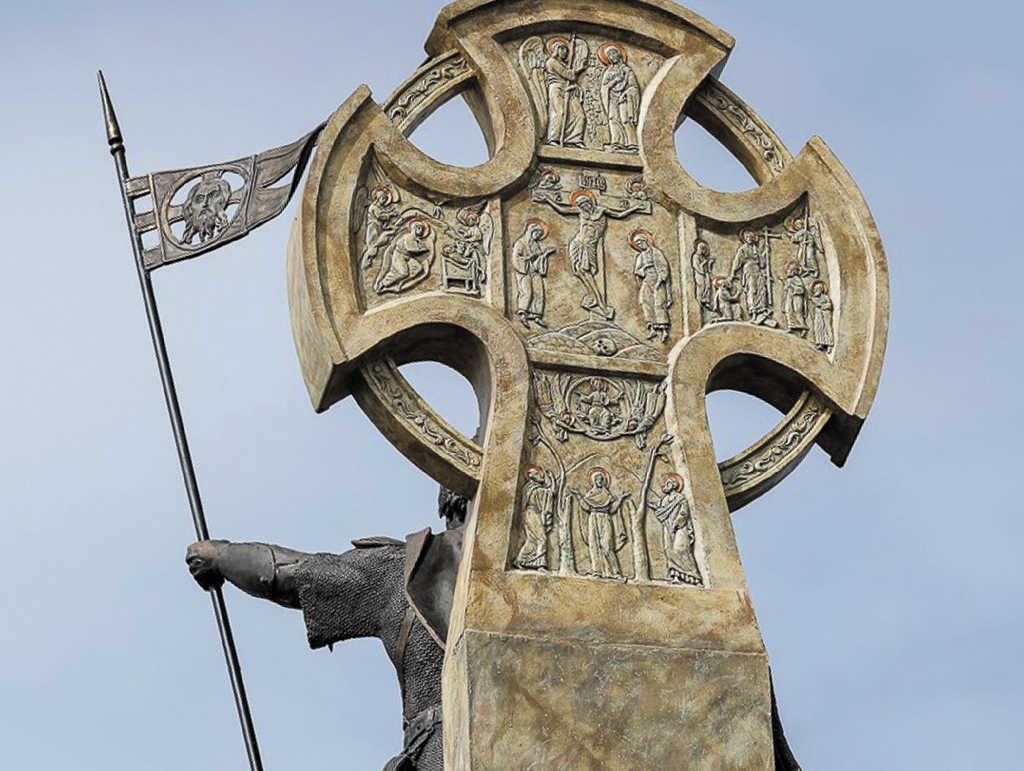 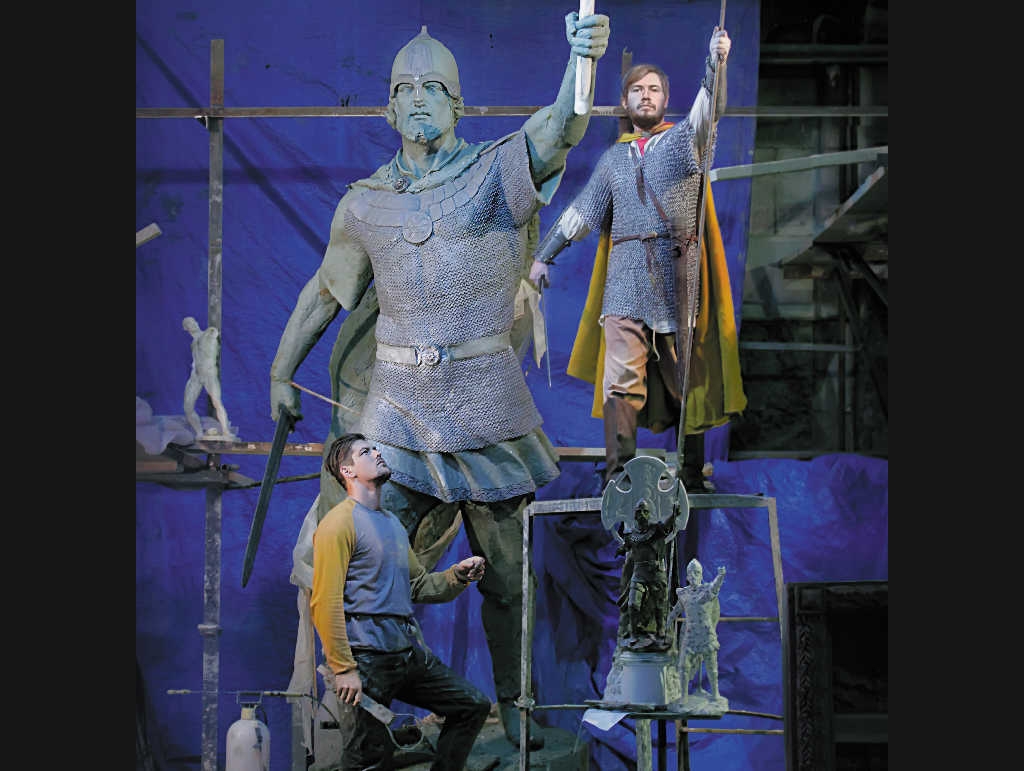 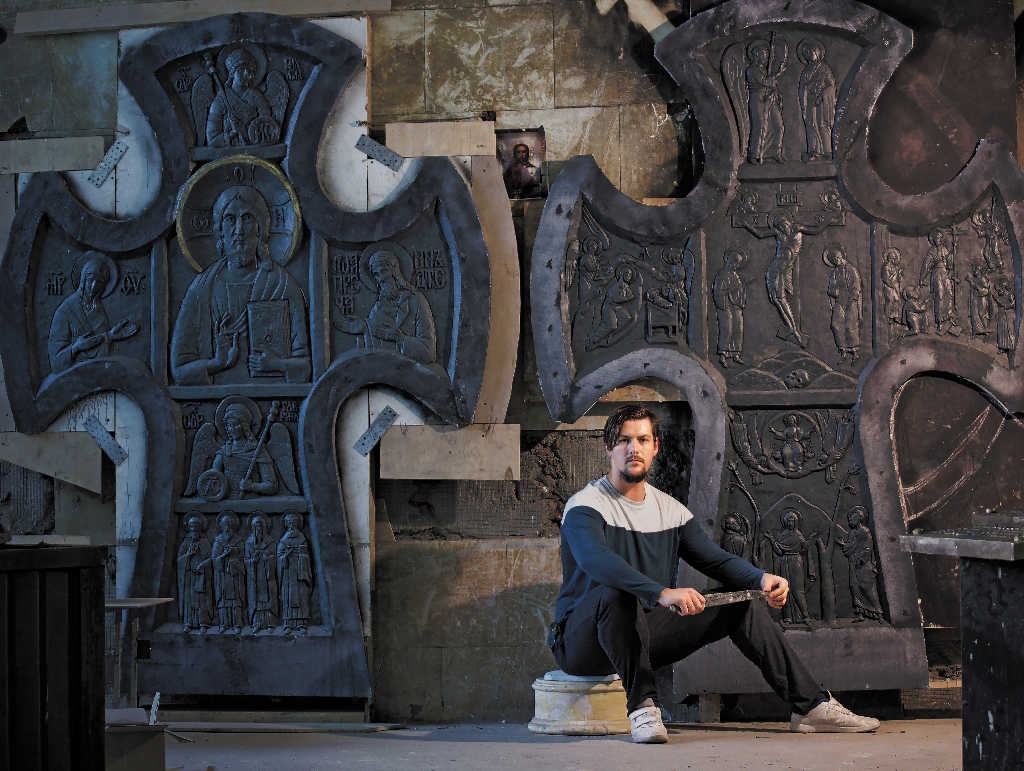 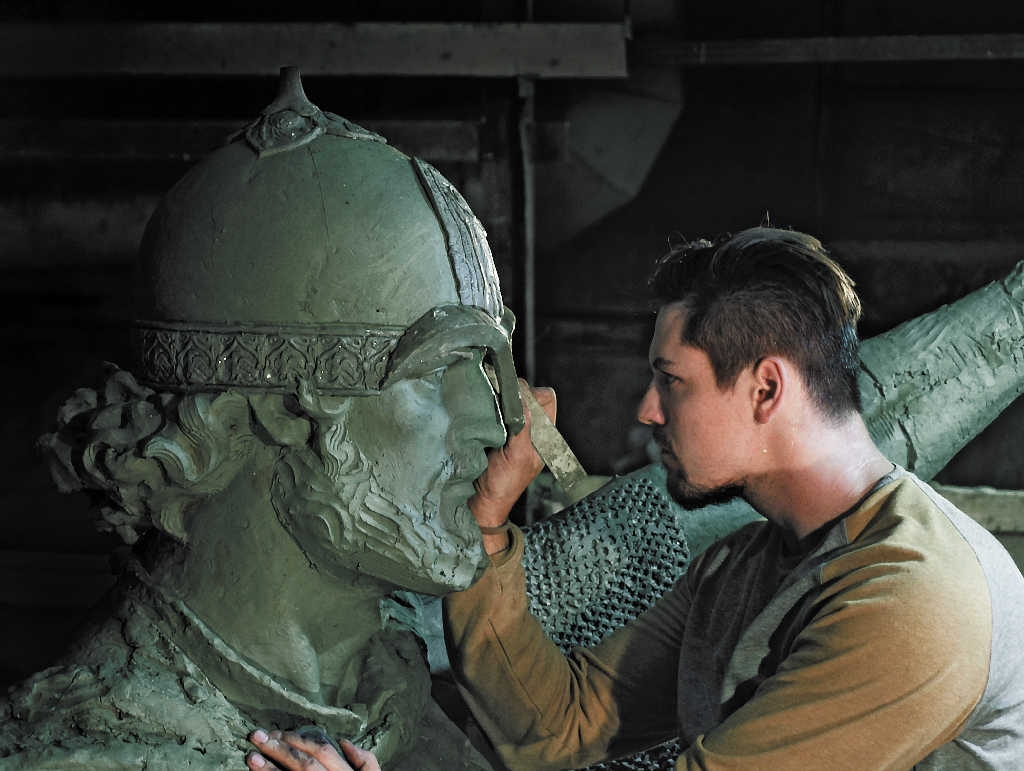 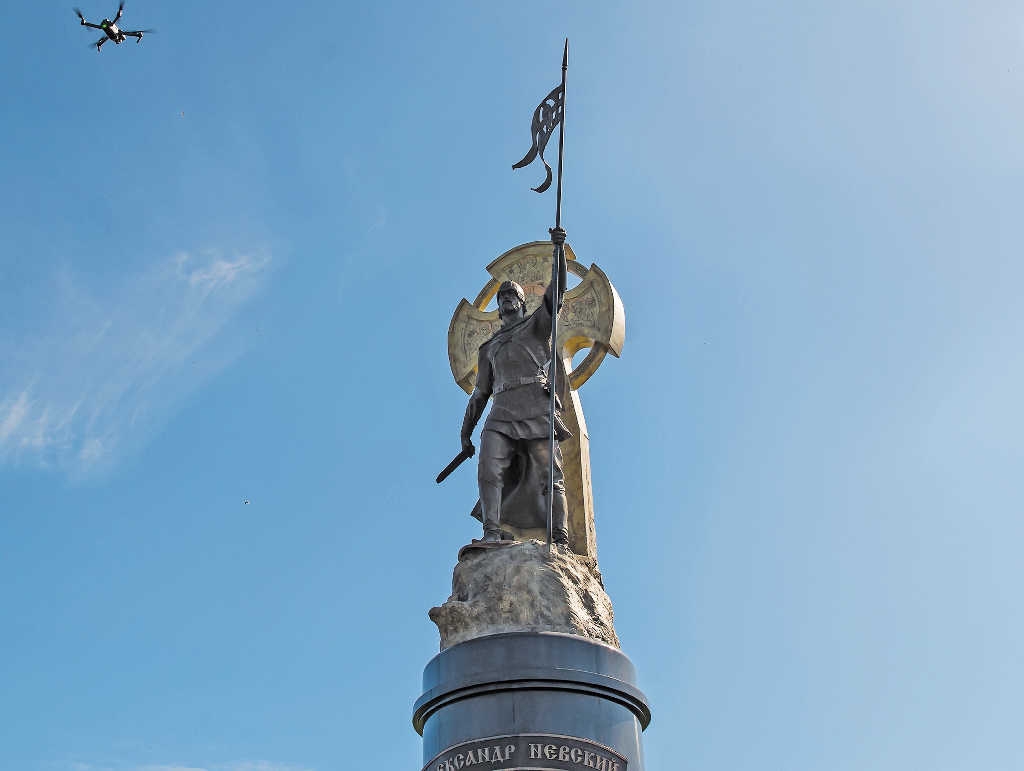