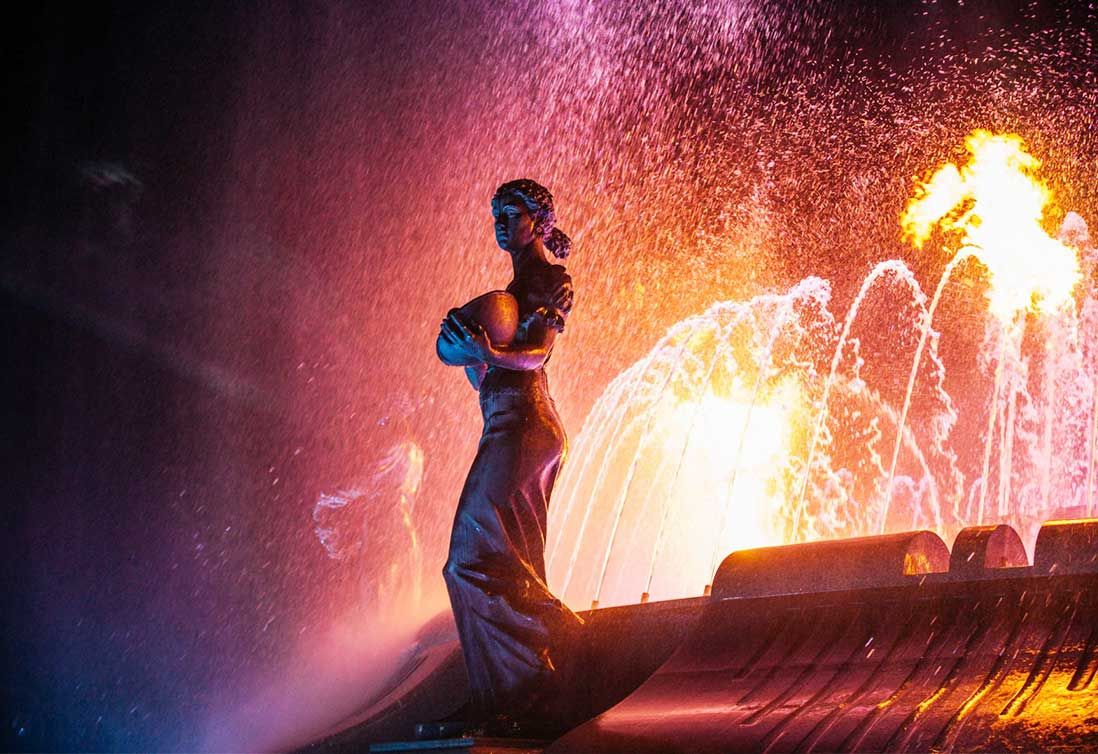 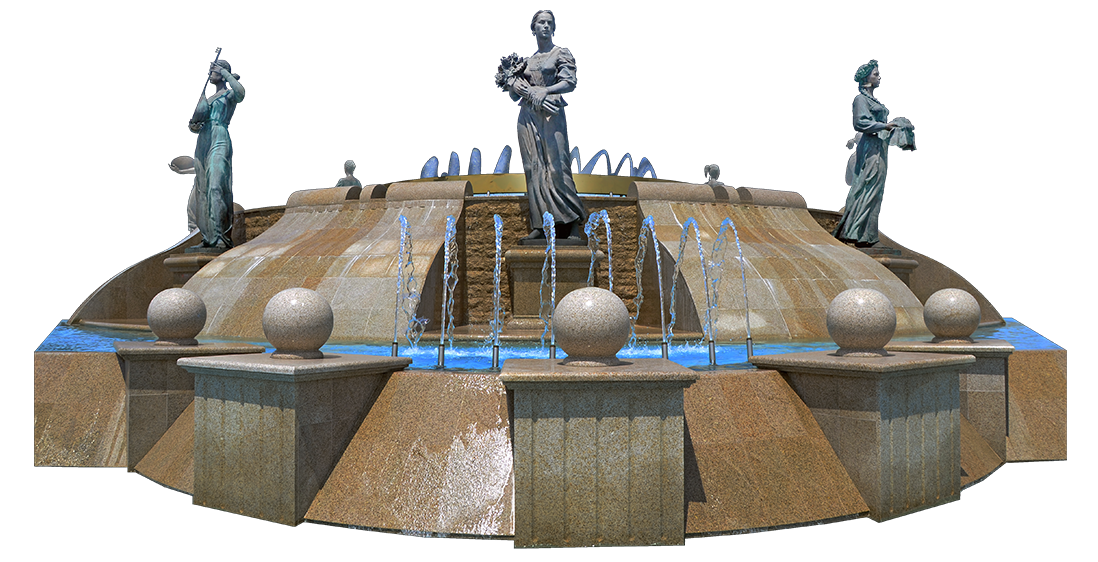 The Grand opening took place on September 14, 2018, it was timed to the Day of the city and the Day of the Stavropol region. The fountain was installed in the South-Western district of Stavropol on Vladimir square near the exhibition complex "Russia — My history." There were the best dance groups of the Stavropol region at the opening ceremony, thousands of people enjoyed the game of water and light. Among honored guests were: the Governor of Stavropol region - Vladimir Vladimirov, Chairman of the regional Duma - Gennady Yagubov, head of the group of companies "UgStroyInvest" - Yuri Ivanov, as well as veterans of the WWII. Fountain "Friendship of people" is considered to be the largest in the South of Russia!

The center of the composition is the bowl of the fountain, its diameter is 37 meters. There are female sculptures around the bowl of the fountain, each of them are three and a half meters in height. The sculptures symbolize the eight Federal districts of Russia: Central, North-Western, southern, North Caucasian, Volga, Ural, Siberian and Far Eastern. There are four observation decks for a better view on the sculptures. The height of the water jets of the fountain reaches 30 meters, and the show consists of music, light, fire and laser accompaniment. For the construction of the fountain composition were used 1200m³ of concrete, and for veneering were used around 180 tons of granite and 17 tons of mosaic tiles.

Work on the sculptural composition began in April, under the leadership of the Rostov sculptor and academician of the Russian Academy of arts Sergei Oleshnya. On the creation of eight figures in all stages worked sculptures Andrey Sledkov and assistant sculptor Alexei Petrov. The work was carried out in the Moscow workshop "Lit Art", where cast bronze figures were delivered for installation in Stavropol. 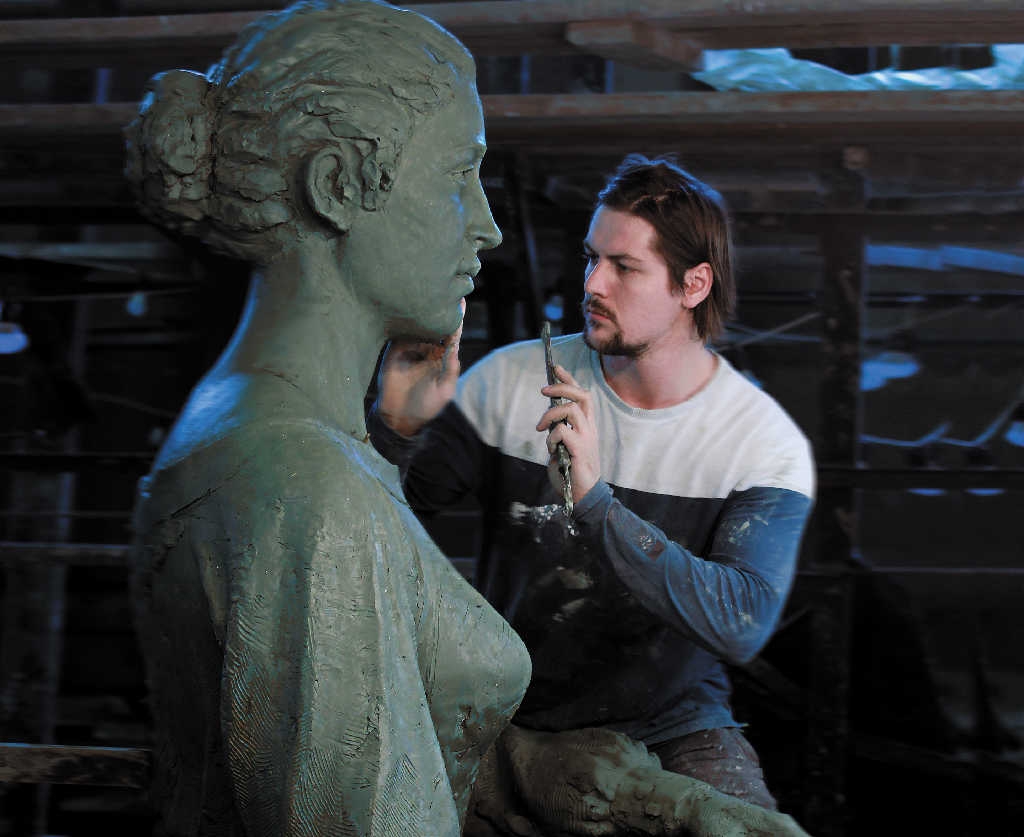 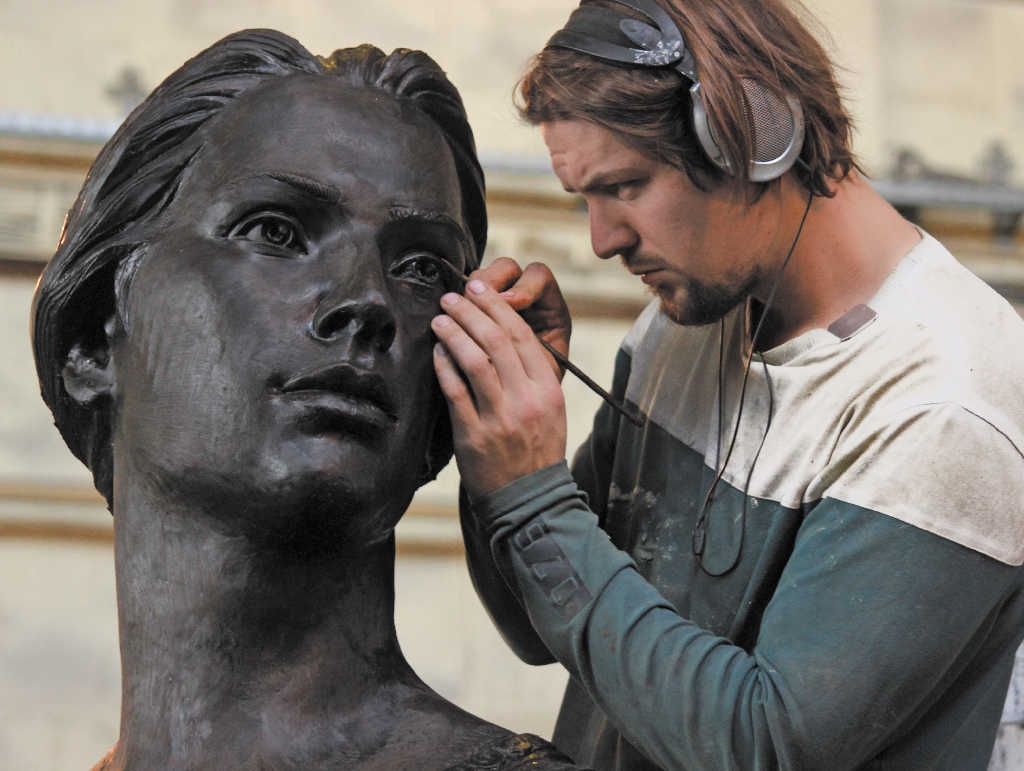 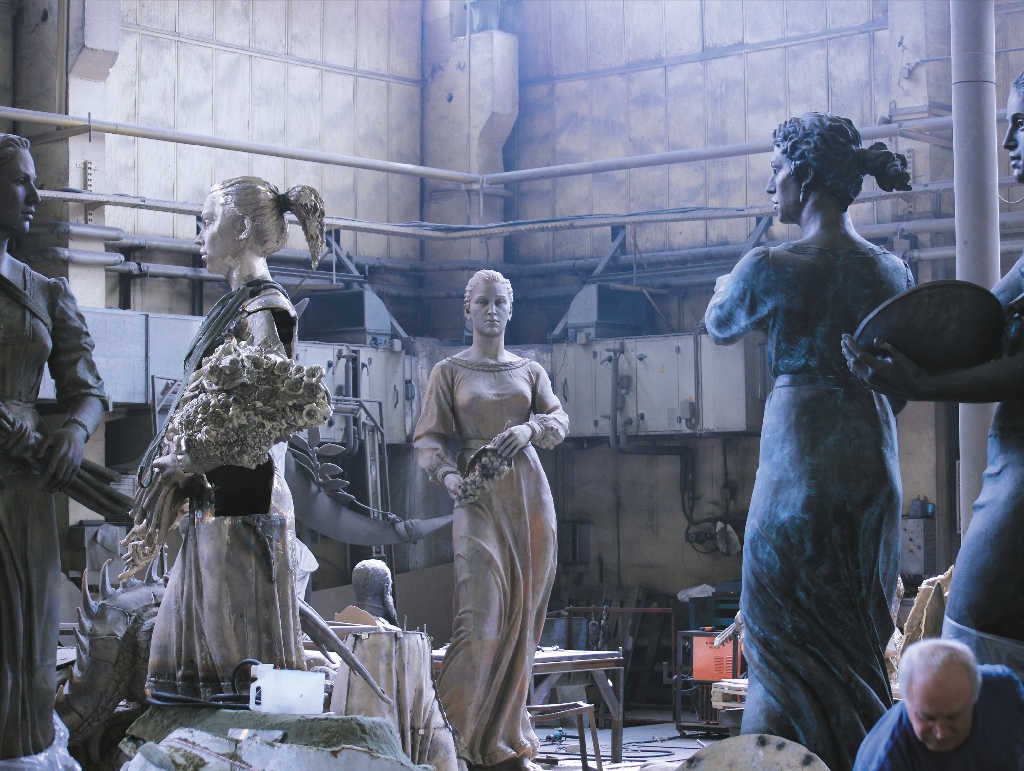 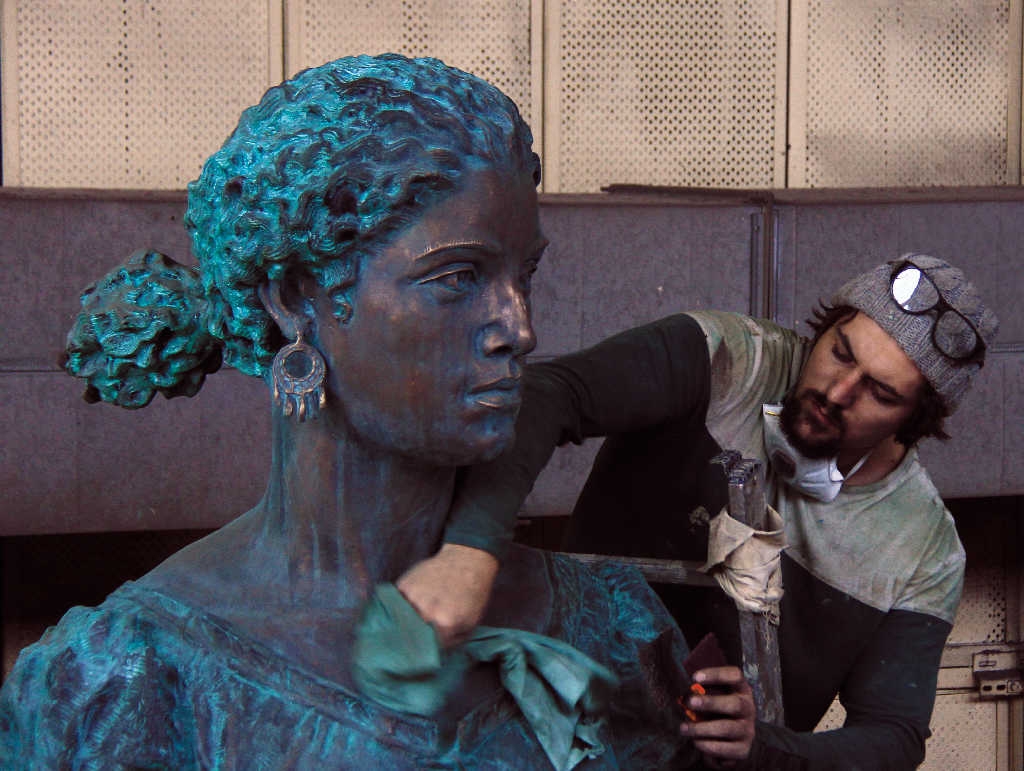 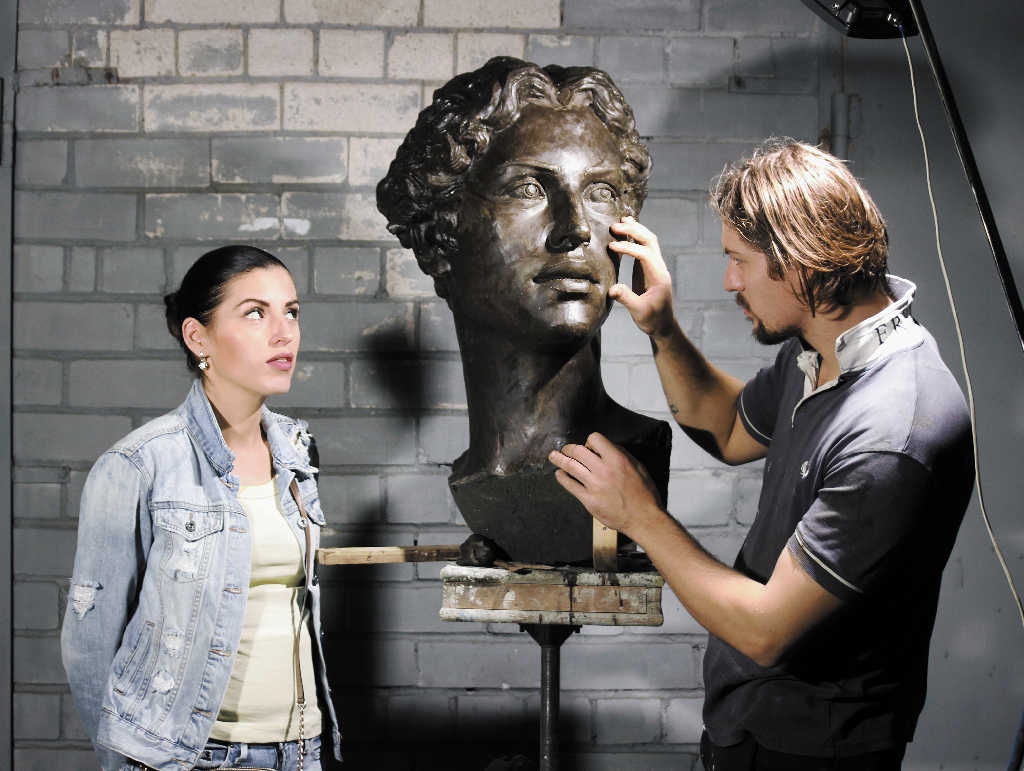 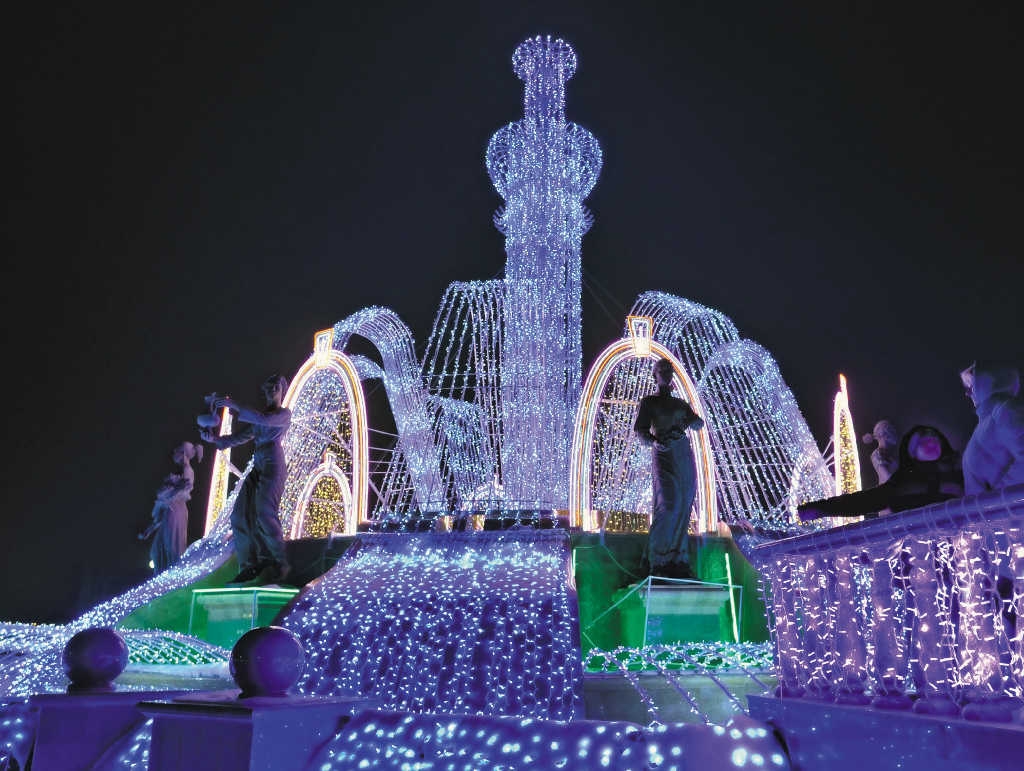 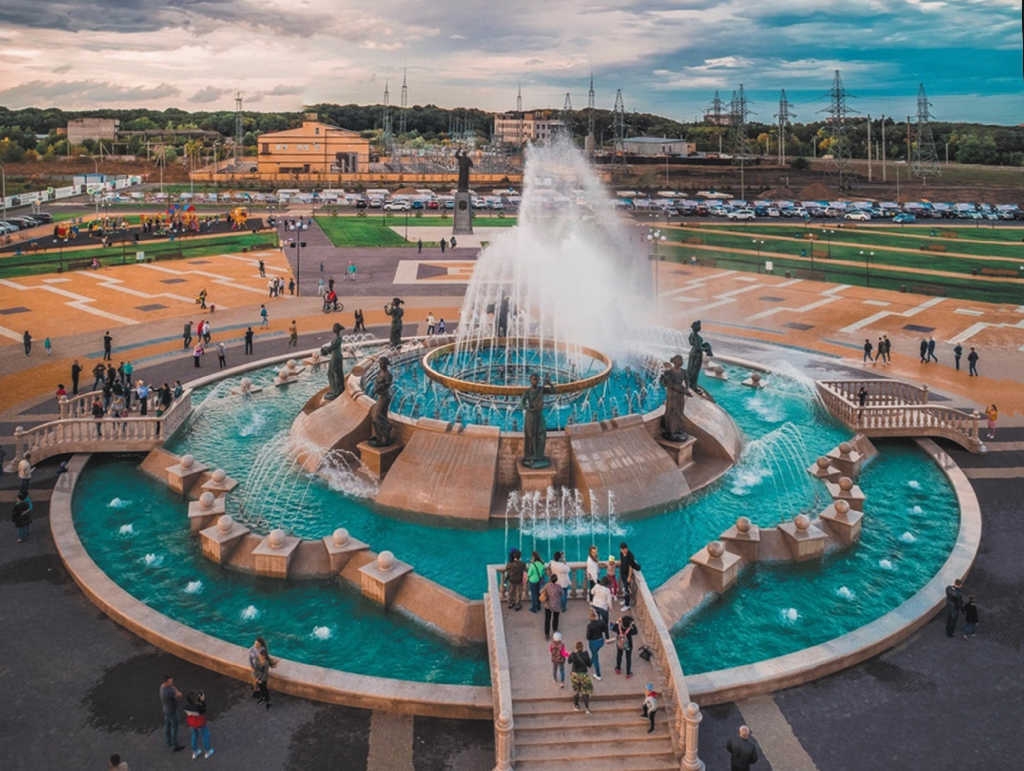