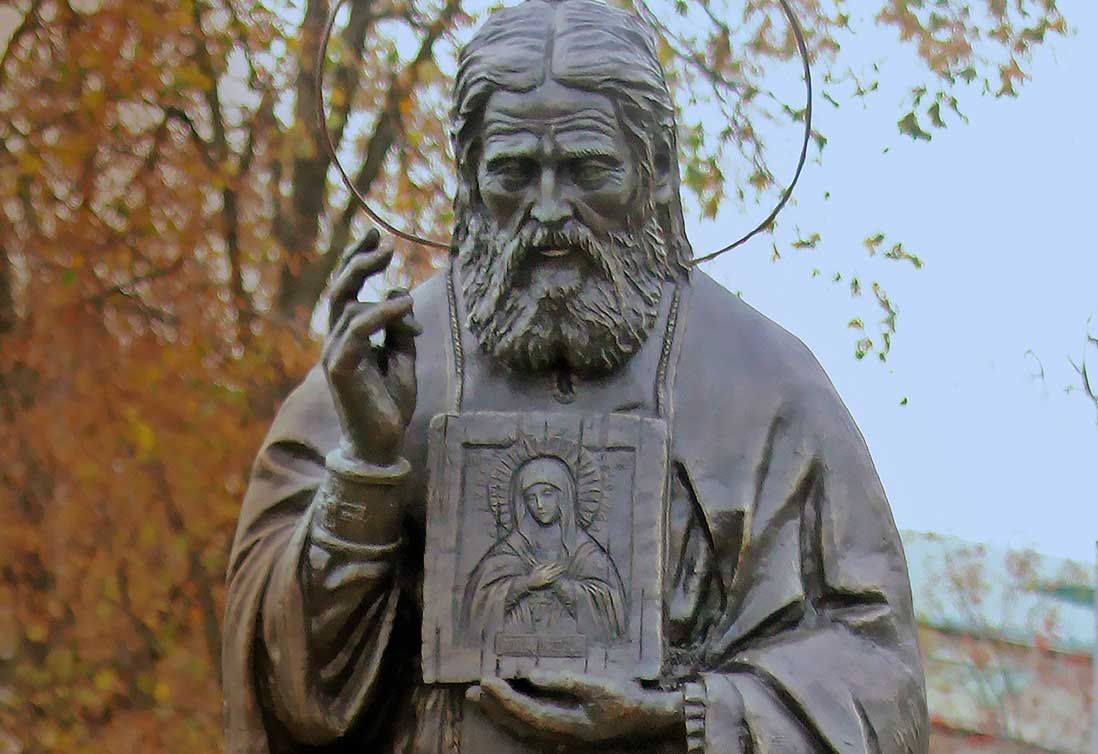 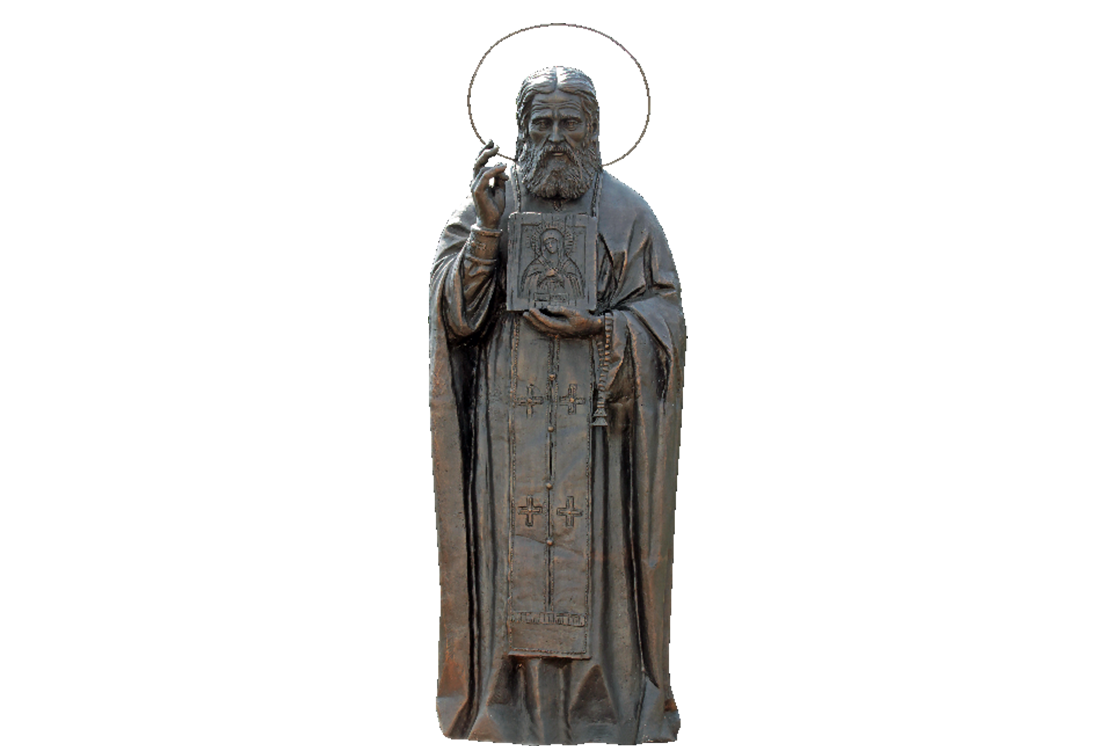 The monument to St. Seraphim Sarovsky, one of the most revered Orthodox saints, was established on July 26, 2016 in honor of the return of his relics on the Epiphany Square near the cathedral. Sarovsky was hieromonk of the Sarov Monastery, and the founder and patron of the Diveevo women's monastery. The sculpture is situated on a large stone with his gazed fixed on the cathedral, with the fingers on his right hand gathered into a three-finger cross. On July 28, the day of the Baptism of Rus, Patriarch Kirill visited the city of Orel and personally consecrated the monument.

The monument was made in the creative workshop "ARTproekt"; by the sculptor Andrey Sledkov. It took Andrey a month to create a cast model, and after the unveiling of the monument in Orel, the second bronze figure of Seraphim Sarovsky was cast for a cathedral in the Kursk region according to the original model. 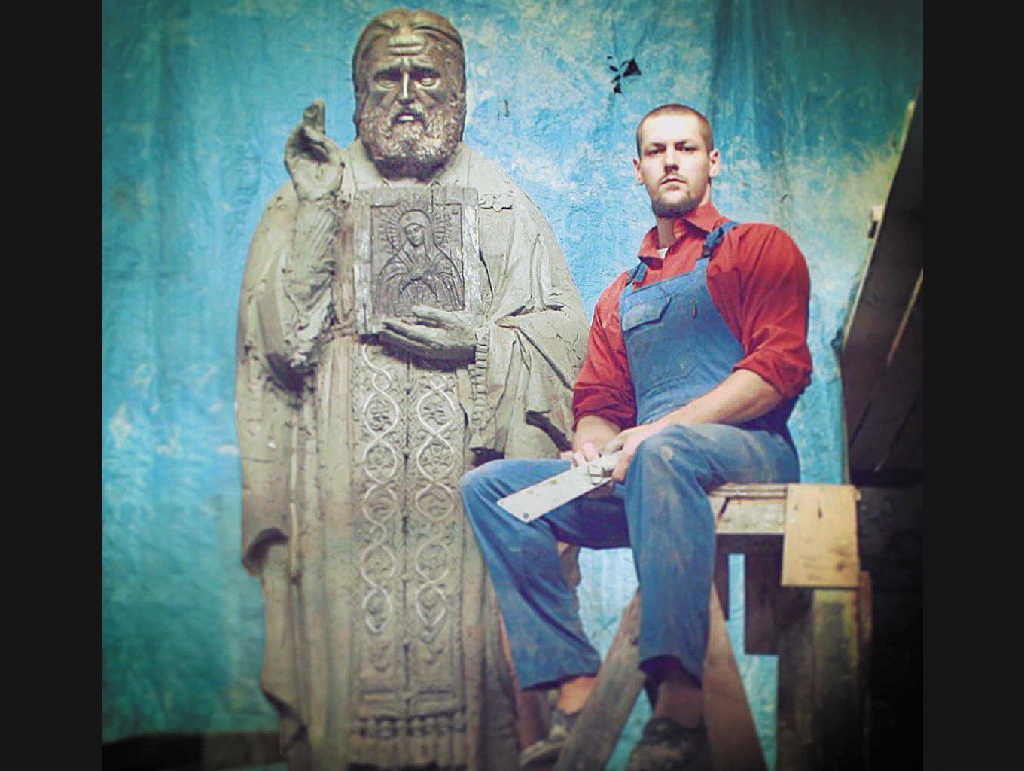 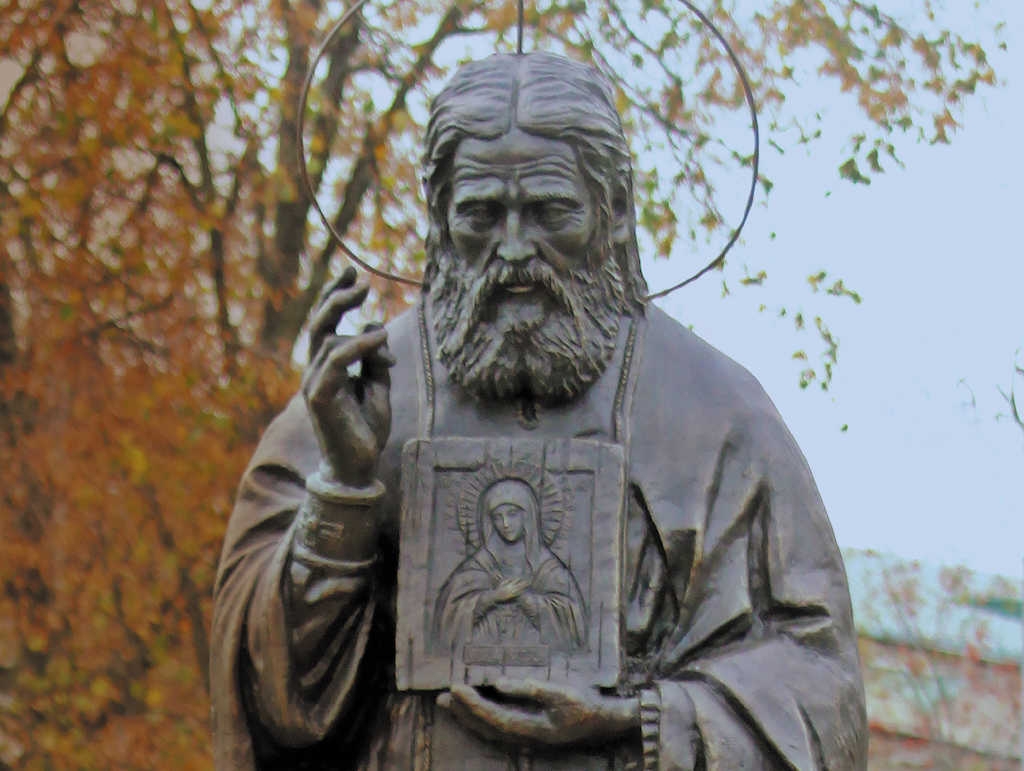 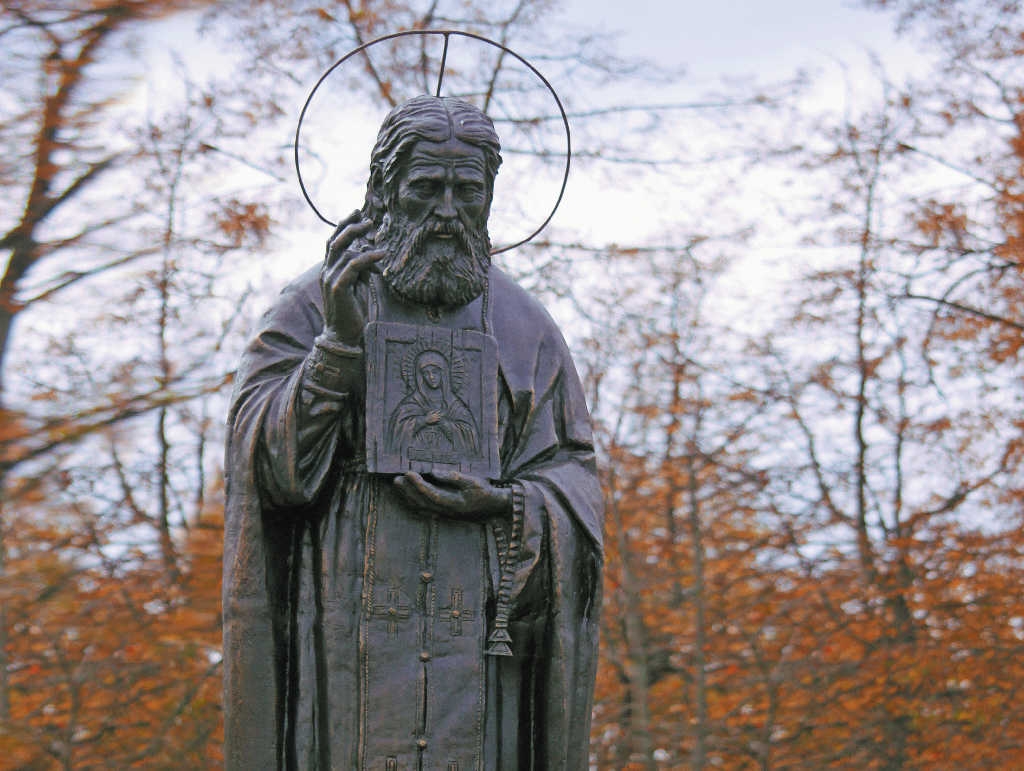 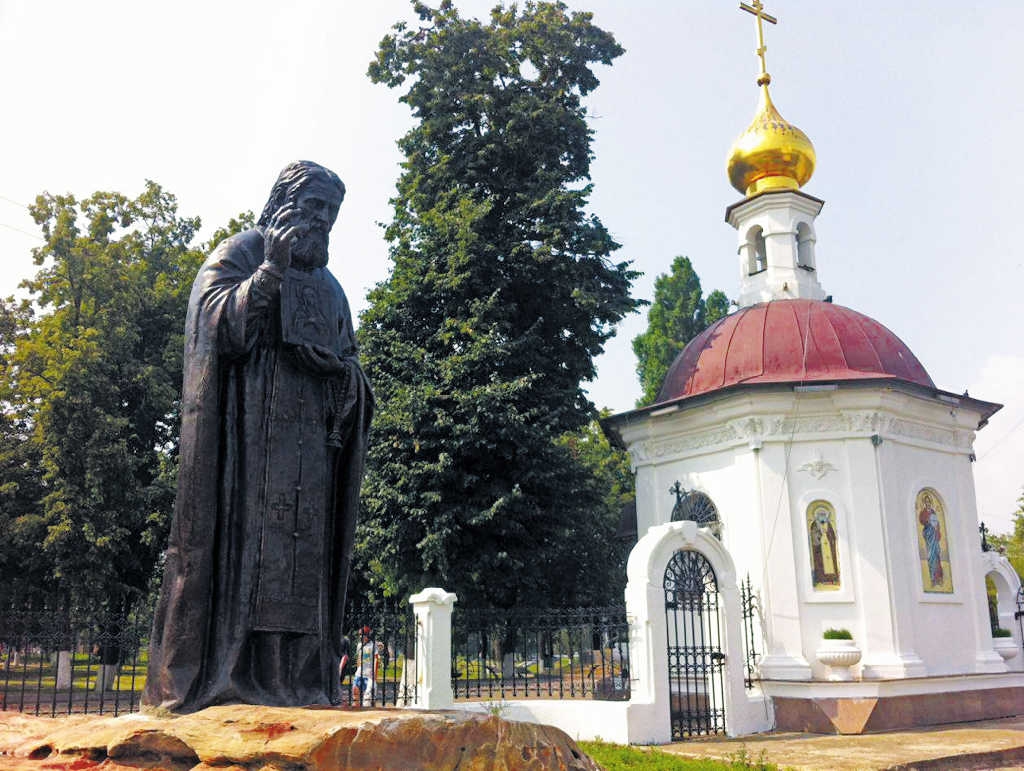 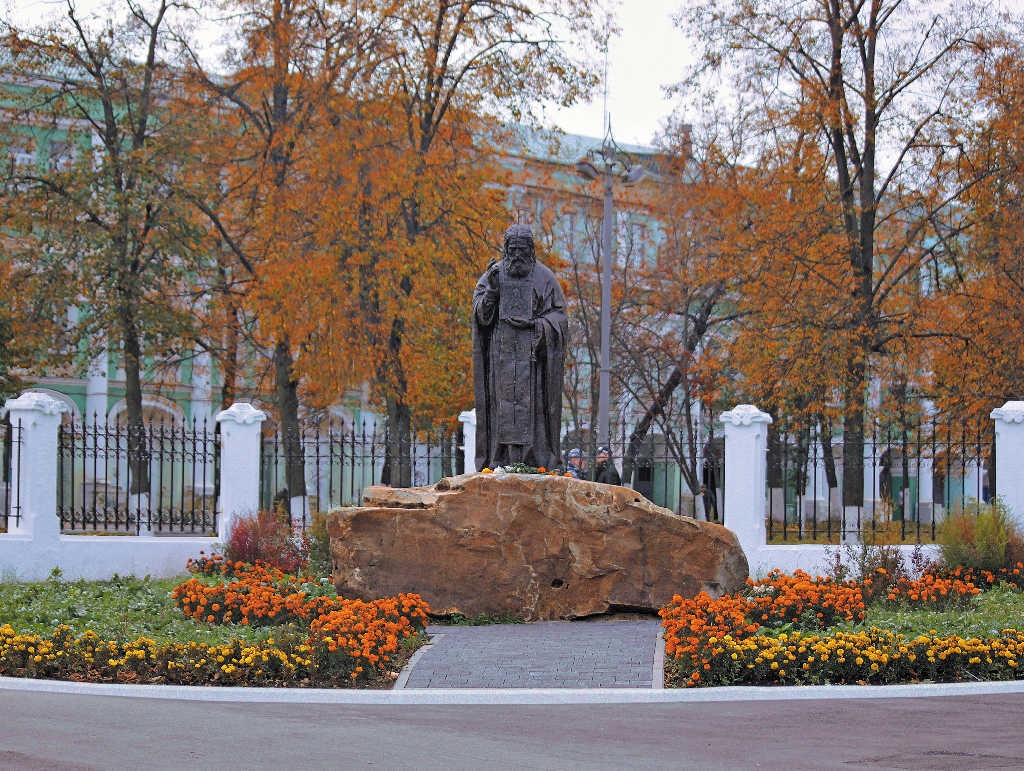 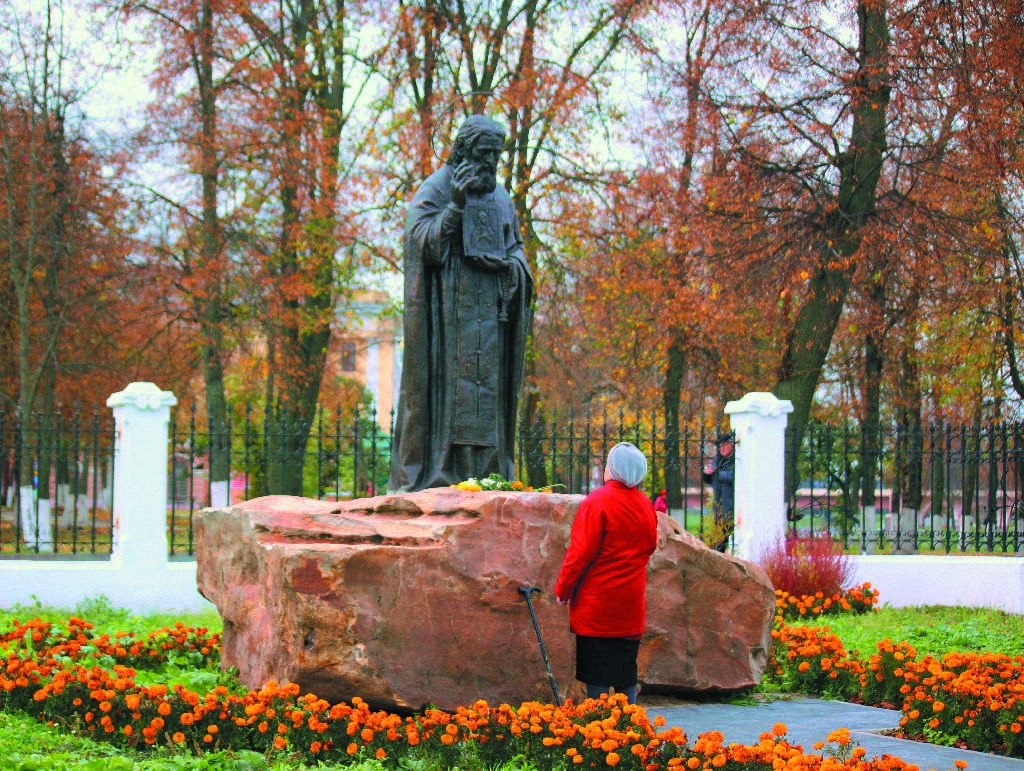